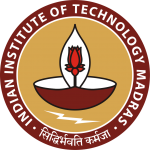 This is the second part of a series of lectures on advanced topics in Complex Analysis. By advanced, we mean topics that are not (or just barely) touched upon in a first course on Complex Analysis. The theme of the course is to study compactness and convergence in families of analytic (or holomorphic) functions and in families of meromorphic functions. The compactness we are interested herein is the so-called sequential compactness, and more specifically it is normal convergence -- namely convergence on compact subsets. The final objective is to prove the Great or Big Picard Theorem and deduce the Little or Small Picard Theorem. This necessitates studying the point at infinity both as a value or limit attained, and as a point in the domain of definition of the functions involved. This is done by thinking of the point at infinity as the north pole on the sphere, by appealing to the Riemann Stereographic Projection from the Riemann Sphere. Analytic properties are tied to the spherical metric on the Riemann Sphere. The notion of spherical derivative is introduced for meromorphic functions. Infinity is studied as a singular point. Laurent series at infinity, residue at infinity and a version of the Residue theorem for domains including the point at infinity are explained. In later lectures, Marty's theorem -- a version of the Montel theorem for meromorphic functions, Zalcman's Lemma -- a fundamental theorem on the local analysis of non-normality, Montel's theorem on normality, Royden's theorem and Schottky's theorem are proved. For more details on what is covered lecturewise, please look at the titles, goals and keywords which are given for each lecture.

There are no comments. Be the first to post one.
Posting Comment...
Disclaimer:
CosmoLearning is promoting these materials solely for nonprofit educational purposes, and to recognize contributions made by Indian Institute of Technology, Madras (IIT Madras) to online education. We do not host or upload any copyrighted materials, including videos hosted on video websites like YouTube*, unless with explicit permission from the author(s). All intellectual property rights are reserved to IIT Madras and involved parties. CosmoLearning is not endorsed by IIT Madras, and we are not affiliated with them, unless otherwise specified. Any questions, claims or concerns regarding this content should be directed to their creator(s).

*If any embedded videos constitute copyright infringement, we strictly recommend contacting the website hosts directly to have such videos taken down. In such an event, these videos will no longer be playable on CosmoLearning or other websites.
CosmoLearning ›
Subject: Mathematics
Courses
Advanced Complex Analysis II