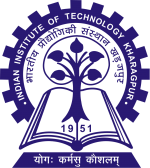 My research interests are in bifurcation theory and chaos.

Scientists studying changes taking place in the material world have found that the changes can be quantitative as well as qualitative. Such qualitative changes are found both in its state of existence (like ice turning into water), and in its state of motion (like a regular periodic behavior changing into an aperiodic and unpredictable one). The qualitative changes in the state of motion are called bifurcations, which have been the subject of my investigation.

I have studied these bifurcation phenomena in a particular class of dynamical system which involves some kind of switching action that makes the system toggle between two or more different types of dynamical behavior. Common examples of such hybrid systems are the switching electronic circuits, mechanical systems where impacts between bodies take place, the human heart, etc. I have shown that such systems undergo a special kind of qualitative change, known as "border collision bifurcation." I have played some role in developing the theory of border-collision bifurcations, which has been widely used in application areas to understand why certain abrupt and drastic changes occur in the dynamical state of a system when a parameter is smoothly varied.

Dr. Banerjee started with the investigations on the dynamics of power electronic circuits and, by 1995, had accumulated enough numerical as well as experimental results to show that a new and peculiar class of bifurcations occur in such systems. At that time, bifurcation theory was well developed in the context of discrete-time dynamical systems (maps) which are smooth (i.e., everywhere differentiable) in nature, and the various types of bifurcation that may occur in such systems were well known. What he found was that the bifurcations that occur in switching circuits do not fall into any of the known classes, and at that time there was no theoretical explanation of such bifurcation phenomena.

Dr. Banerjee discovered that the new bifurcations observed in switching circuits result from a phenomenon called border collision that can occur in piecewise smooth maps.