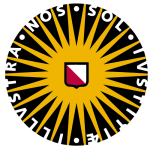 In this course we will begin by studying the basic properties of Lie groups. Much of the structure of a connected Lie group is captured by its Lie algebra, which may be defined as the algebra of left invariant vector fields. The exponential map will be introduced, and the relation between the structure of a Lie group and its Lie algebra will be investigated. Actions of Lie groups will be studied.

After this introduction we will focus on compact Lie groups and the integration theory on them. The groups SU(2) and SO(3) will be discussed as basic examples. We will study representation theory and its role in the harmonic analysis on a Lie group. The classification of the irreducible representations of SU(2) will be studied.

The final part of the course will be devoted to the classification of compact Lie algebras. Key words are: root system, finite reflection group, Cartan matrix, Dynkin diagram. The course will be concluded with the formulation of the classification of irreducible representations by their highest weight and with the formulation of Weyl's character formula.

A Lie group is a group with the additional structure of a differentiable manifold for which the group operation is differentiable. The name Lie group comes from the Norwegian mathematician M. Sophus Lie (1842-1899) who was the first to study these groups systematically in the context of symmetries of partial differential equations.

The theory of Lie groups has developed vastly in the course of the previous century. It plays a vital role in the description of symmetries in Physics (quantum physics, elementary particles), Geometry and Topology, and Number Theory (automorphic forms).

There are no comments. Be the first to post one.
Posting Comment...
Disclaimer:
CosmoLearning is promoting these materials solely for nonprofit educational purposes, and to recognize contributions made by Utrecht University (Utrecht) to online education. We do not host or upload any copyrighted materials, including videos hosted on video websites like YouTube*, unless with explicit permission from the author(s). All intellectual property rights are reserved to Utrecht and involved parties. CosmoLearning is not endorsed by Utrecht, and we are not affiliated with them, unless otherwise specified. Any questions, claims or concerns regarding this content should be directed to their creator(s).

*If any embedded videos constitute copyright infringement, we strictly recommend contacting the website hosts directly to have such videos taken down. In such an event, these videos will no longer be playable on CosmoLearning or other websites.
CosmoLearning ›
Subject: Mathematics
Courses
Lie Groups and Lie Algebra