During his stay at IIT Kanpur, he went as a commonwealth scholar to Institute of Sound and Vibration Research, Southampton, England, where he spent 16 months. Later on, he went to TH, Aachen and TU, Darmstadt, Germany, as an Alexander von Humboldt fellow for a total duration of two years including four summers.

He has taught a large number of UG and PG courses, mainly in the broad area of Mechanics. These include Mechanics of Solid, Theory of Mechanisms and Machines, Dynamics, Vibrations etc. He has actively participated in the first year course on Physics. He has fabricated a large number of teaching (visual) aids, two educational movies and a forty-lectures video course for transmission in a national channel. Lately he is involved in a series of popular lectures on Elementary Mathematics.

His research areas include Analysis and Control of Mechanical Vibration, Nonlinear Dynamics, Kinematics and Robotics. He has so far guided 9 PhD and 50 M. Tech students. Along with his students and colleagues, he has authored seventy research papers in International Journals. Many results reported by him find prominent mention in a number of international textbooks and handbooks. He has authored/coauthored six textbooks published in India and abroad. 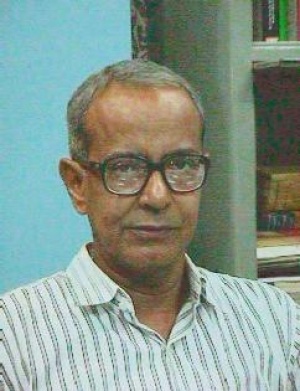