Gang Chen is currently the Head of the Department of Mechanical Engineering and Carl Richard Soderberg Professor of Power Engineering at Massachusetts Institute of Technology (MIT), and is the director of the "Solid-State Solar-Thermal Energy Conversion Center (S3TEC Center)" - an Energy Frontier Research Center funded by the US Department of Energy. He obtained his bachelor and master degrees from Huazhong University of Science and Technology, and his PhD degree from the Mechanical Engineering Department, UC Berkeley, in 1993. He was an assistant professor at Duke University, a tenured associate professor at UC Los Angeles, before moving to MIT. He is a recipient of a K.C. Wong Education Foundation fellowship and a John Simon Guggenheim Foundation fellowship. He received an NSF Young Investigator Award, an R&D 100 award, and an ASME Heat Transfer Memorial Award. He is a fellow of AAAS, APS, and ASME. In 2010, he was elected a member of the US National Academy of Engineering. 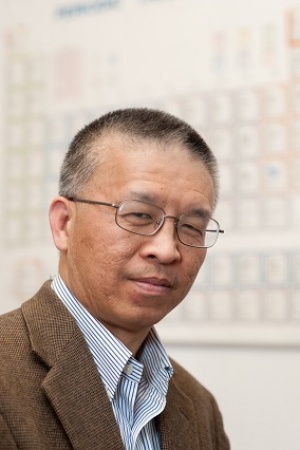