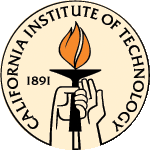 Born in Logan Utah in 1940, Kip Thorne received his B.S. degree from Caltech in 1962 and his Ph.D. from Princeton University in 1965. After two years of postdoctoral study, Thorne returned to Caltech as an Associate professor in 1967, was promoted to Professor of Theoretical Physics in 1970, became The William R. Kenan, Jr., Professor in 1981, and The Feynman Professor of Theoretical Physics in 1991.

In June 2009 Thorne resigned his Feyman Professorship (becoming the Feynman Professor of Theoretical Physics, Emeritus) in order to ramp up a new career in writing, movies, and continued scientific research. His principal current writing project is a textbook on classical physics. His principal current movie project is Interstellar, for which he co-authored the story and is executive producer, and Steven Spielberg is the Director.

Thorne's research has focused on gravitation physics and astrophysics, with emphasis on relativistic stars, black holes and gravitational waves. In the late 1960's and early 70's he laid the foundations for the theory of pulsations of relativistic stars and the gravitational waves they emit. During the 70's and 80's he developed mathematical formalism by which astrophysicists analyze the generation of gravitational waves and worked closely with Vladimir Braginsky, Ronald Drever and Rainer Weiss on developing new technical ideas and plans for gravitational wave detection. He is a co-founder (with Weiss and Drever) of the LIGO (Laser Interferometer Gravitational Wave Observatory) Project and he chaired the steering committee that led LIGO in its earliest years (1984--87). In the 1980s, 90s and 2000s he and his research group have provided theoretical support for LIGO, including identifying gravitational wave sources that LIGO should target, laying foundations for data analysis techniques by which their waves will be sought, designing the baffles to control scattered light in the LIGO beam tubes, and --- in collaboration with Vladimir Braginsky's (Moscow Russia) research group --- inventing quantum-nondemolition designs for advanced gravity-wave detectors, and inventing ways to reduce the most serious kind of noise in advanced detectors: thermoelastic noise.

With Carlton M. Caves, Thorne invented the back-action-evasion approach to quantum nondemolition measurements of the quadrature amplitudes of harmonic oscillators---a technique applicable both in gravitational wave detection and quantum optics. With Clifford Will and others of his students, he laid foundations for the theoretical interpretation of experimental tests of relativistic theories of gravity---foundations on which Will and others then built.

With Anna Zytkow, Thorne predicted the existence of red supergiant stars with neutron-star cores (``Thorne-Zytkow Objects''). With Igor Novikov and Don Page he developed the general relativistic theory of thin accretion disks around black holes, and using this theory he deduced that with a doubling of its mass by such accretion a black hole will be spun up to 0.998 of the maximum spin allowed by general relativity, but never any farther; this is probably the maximum black-hole spin allowed in Nature.

With James Hartle, Thorne derived from general relativity the laws of motion and precession of black holes and other relativistic bodies, including the influence of the coupling of their multipole moments to the spacetime curvature of nearby objects. In 1972 he formulated the hoop conjecture (that any object of massM around which a hoop of circumference 8piGM/c2 can be spun must be a black hole)--- a conjecture for which there is now extensive theoretical evidence but still no firm proof. With students and colleagues he developed the membrane paradigm for black holes and used it to clarify the "Blandford-Znajek" mechanism by which black holes may power some quasars and active galactic nuclei. With Wojciech Zurek he showed that the entropy of a black hole of known mass, angular momentum, and electric charge is the logarithm of the number of ways that the hole could have been made.

With Sung-Won Kim, Thorne identified a universal physical mechanism (the explosive growth of vacuum polarization of quantum fields), that may always prevent spacetime from developing closed timelike curves (i.e., prevent ``backward time travel''). With Mike Morris and Ulvi Yurtsever he showed that traversable Lorentzian wormholes can exist in the structure of spacetime only if they are threaded by quantum fields in quantum states that violate the averaged null energy condition (i.e. have negative renormalized energy spread over a sufficiently large region). This has triggered research to explore the ability of quantum fields to possess such extended negative energy.

Thorne has been mentor and thesis advisor for about 40 PhD physicists, many of whom have gone on to become world leaders in their chosen fields of research. With John A. Wheeler and Charles W. Misner, Thorne coauthored in 1973 the textbook Gravitation, from which most of the present generation of scientists have learned general relativity. He is also a co-author of Gravitation Theory and Gravitational Collapse (1965) and Black Holes: The Membrane Paradigm (1986), and the sole author of Black Holes and Time Warps: Einstein's Outrageous Legacy (1994).

Thorne was elected to the American Academy of Arts and Sciences in 1972, the National Academy of Sciences in 1973, the American Philosophical Society in 1999, and (as a foreign member) the Russian Academy of Sciences in 1999. He has been awarded honorary doctorates by Illinois College (1979), Moscow State University -- USSR (1981), Utah State University (2000), and Clarement Graduate University (2001), and has won the Lilienfeld Prize of the American Physical Society (1996), the Karl Schwarzschild Medal of the German Astronomical Society (1996), The Robinson Prize in Cosmology from the University of Newcastle (2002), The Albert Einstein Medal from the Albert Einstein Society in Berne Switzerland (2009), The Common Wealth Award in Science (2005), the American Institute of Physics Science Writing Award in Physics and Astronomy (twice: 1969 and 1994), the Priroda [Russian] Readers Choice Science Writing Award (1989 and 1990) and the Phi Beta Kappa Science Writing Award (1994). He has been a Woodrow Wilson Fellow, a Danforth Foundation Fellow, a Fulbright Fellow, and a Guggenheim Fellow; and he has served on the International Committee on General Relativity and Gravitation, the Committee on US-USSR Cooperation in Physics, and the National Academy of Science's Space Science Board, which advised NASA and Congress on space science policy. In 1996--97 he organized and chaired the search for a new president of the California Institute of Technology, culminating in the selection, by the Caltech Board of Trustees, of the Nobelist-biologist David Baltimore.