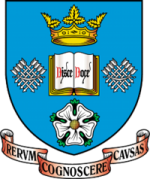 Donate to University of Sheffield

Physics in Primary Schools (Grades 4 to 6)

I am not sure when I knew that I certainly wanted to be a scientist although I do remember the first public declaration of this. I had won a painting competition in my school when I was 13 and my headmistress asked me if I intended to be an artist when I grew up and I replied without hesitation that I would definitely be a scientist.

I was a teenager throughout the 1950's when popular books abounded on quantum mechanics and nuclear physics, fuelled by the shock of the atomic and hydrogen bombs. No-one in my immediate family, parents, uncles, aunts, cousins had been to university before but I was certain that I wished to study physics and went to Manchester. In my year in 1959 about 10% of the year were women. The undergraduate course in Manchester had been redesigned and we were the first year through it. It was very stimulating and many of my year went on to become academic leaders.

I felt that many of the men had been making radio sets and building Meccano since infancy and that it was only when we started on quantum physics that I was on a level playing field. Quantum physics had also had been my interest as a schoolgirl and it has remained an abiding interest throughout my career. I wanted to use quantum physics in research into materials that I could see around me. This led me to magnetism.

I moved to Oxford and was lucky to be one of the very few students supervised by Walter Marshall (later Lord Marshall of Goring) at Harwell. He was an absolutely brilliant physicist and very kind and perceptive as a supervisor.

After obtaining my DPhil I knew I wanted to continue in research. I hoped to become a university teacher -but not too soon - and actually turned down a teaching job in Oxford in the year after I had submitted my thesis, to remain as a research fellow for a little longer. I held a research fellowship in Oxford in the Department of Theoretical Physics and St Hugh's College, and then for a year as a NATO fellow in Berkeley California where I worked with Charles Kittel.

Karl had also been a research fellow in Berkelely and we got married in 1968 when we returned to England and I took up my teaching duties. There have always been a large number of women academics in Oxford because of the existence of women's colleges, all of whose fellows were women. Many of them had children and it was expected that their academic work would continue. Dorothy Hodgkin was the obvious role model. It was a very supportive environment in which to raise a family while carrying on with a career.

I have really enjoyed the mix of research and teaching. It is very frequently that one finds an example in one's research that one can use to illuminate a lecture, and conversely a seemingly intractable research problem can be solved by thinking about it in a new way inspired by a different aspect of the undergraduate course.

In 1989 I moved with my family to Sheffield. I thought I had been in Oxford long enough. It was also an attraction to be only the second woman physics professor in the UK (the first was Daphne Jackson who had been the only one for all of eighteen years). How different from now when there are 15 woman professors.

I intend to stay in Sheffield doing research and teaching until I retire.