Astrobiology and the Search for Extraterrestrial Life 33 lectures | 19,693 views

Inflationary Cosmology: Is Our Universe Part of a Multiverse? 2 lectures | 17,098 views

A selection of four lectures by Professor Hawking:

1. April 21, 2008. Stephen Hawking speaks on "Why Go Into Space?" for NASA's 50th Anniversary lecture series at George Washington University. The talk was in two parts, which are seamlessly edited together into this 25-minute presentation

2. March 13 2007. Stephen Hawking gives a lecture in Berkeley on the Hawking-Hartle no boundary universe.

3. Jul 26, 2008. Stephen Hawking lecture after receiving the "Fonseca Prize 2008", from the Universidade de Santiago de Compostela, "For his exceptional mastery in the popularization of complex concepts in Physics at the very edge of our current understanding of the Universe, combined with the highest scientific excellence, and for becoming a public reference of science worldwide " 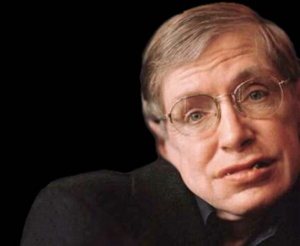 DaNNRo wrote 10 years ago.
Thank you too.

Posting Comment...
Disclaimer:
CosmoLearning is promoting these materials solely for nonprofit educational purposes, and to recognize contributions made by University of Cambridge (Cambridge) to online education. We do not host or upload any copyrighted materials, including videos hosted on video websites like YouTube*, unless with explicit permission from the author(s). All intellectual property rights are reserved to Cambridge and involved parties. CosmoLearning is not endorsed by Cambridge, and we are not affiliated with them, unless otherwise specified. Any questions, claims or concerns regarding this content should be directed to their creator(s).

*If any embedded videos constitute copyright infringement, we strictly recommend contacting the website hosts directly to have such videos taken down. In such an event, these videos will no longer be playable on CosmoLearning or other websites.
CosmoLearning ›
Subject: Astronomy
Courses
Stephen Hawking Lectures