Literature and World of the Hebrew Bible 37 lectures | 38,162 views

This is the second part of the series introducing Christian doctrice, with Dr. Gerry Breshears.

About the professor: In addition to his three decades of educational ministry at Western Seminary, Dr. Breshears has taught at numerous Bible colleges and seminaries around the world, such as Lebanon, Ukraine, Netherlands, Taiwan, Poland, Canada, and the Philippines. He has also been published in numerous magazines and scholarly journals, including the Journal of Psychology & Theology and Journal of the Evangelical Theological Society. Dr. Breshears is also the former president of the Evangelical Theological Society and continues to serve on the regional executive committee of that organization. He has appeared on various radio and television programs numerous times. Dr. Breshears serves as a preaching elder at Grace Community Church. He and his wife, Sherry, have been married since 1968, have two sons, one daughter, and are enjoying their season of life as grandparents. A special thanks to Dr. Gerry Breshears and Western Seminary in Oregon for their assistance and contribution to PTS. 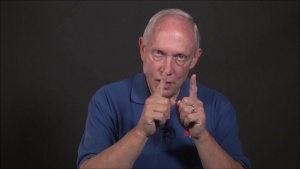 There are no comments. Be the first to post one.
Posting Comment...
Disclaimer:
CosmoLearning is promoting these materials solely for nonprofit educational purposes, and to recognize contributions made by Pilgrim Theological Seminary (PTS) to online education. We do not host or upload any copyrighted materials, including videos hosted on video websites like YouTube*, unless with explicit permission from the author(s). All intellectual property rights are reserved to PTS and involved parties. CosmoLearning is not endorsed by PTS, and we are not affiliated with them, unless otherwise specified. Any questions, claims or concerns regarding this content should be directed to their creator(s).

*If any embedded videos constitute copyright infringement, we strictly recommend contacting the website hosts directly to have such videos taken down. In such an event, these videos will no longer be playable on CosmoLearning or other websites.
CosmoLearning ›
Subject: Religious Studies
Courses
Theology II with Dr. Gerry Breshears