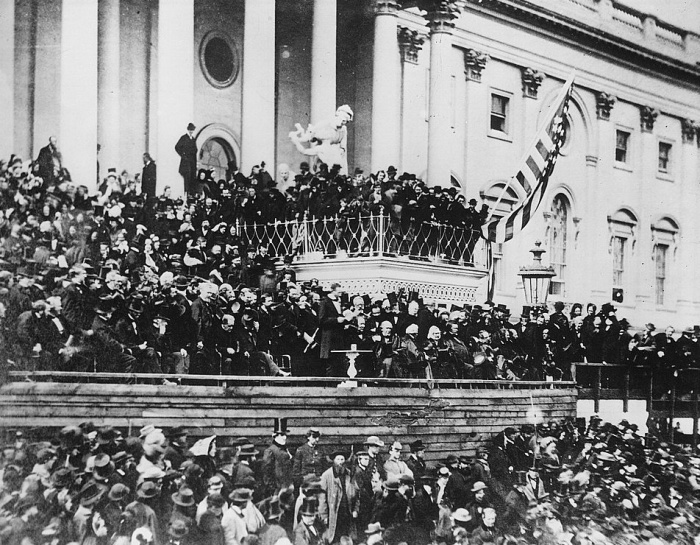 When Abraham Lincoln read his second inaugural address on March 4, 1865 he was photographed by Alexander Gardner, who had taken his portrait on several occasions. Gardner, who had previously worked for Matthew Brady, had also taken striking photographs of the aftermath of the great battles at Antietam and Gettysburg.

The speech Lincoln read at his second inauguration is a classic of American oratory. In the final weeks of the Civil War, the president concluded his brief speech with a heartfelt plea for reconciliation:

"With malice toward none, with charity for all, with firmness in the right as God gives us to see the right, let us strive on to finish the work we are in, to bind up the nation's wounds, to care for him who shall have borne the battle and for his widow and his orphan, to do all which may achieve and cherish a just and lasting peace among ourselves and with all nations."

In the crowd that day was the abolitionist and former slave Frederick Douglass. The journalist and poet Walt Whitman also attended, covering the event for the New York Times.

And in the crowd, close to Lincoln, was the actor John Wilkes Booth, who had obtained a ticket from the daughter of a senator. Less than six weeks later, Booth would assassinate Lincoln at Ford's Theater.