Image: Abraham Lincoln Was Sworn In Under a Half-Finished Capitol Dome 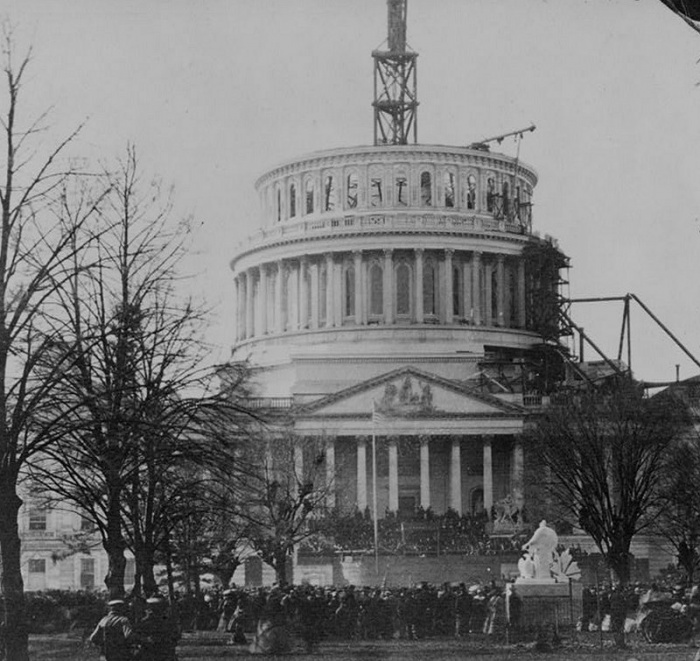 Abraham Lincoln Was Sworn In Under a Half-Finished Capitol Dome

As Abraham Lincoln took the oath of office on March 4, 1861, the United States was in crisis. Southern states had been seceding, and it seemed that Civil War was unavoidable. There was fear that Lincoln would be assassinated before he could take the oath, and General Winfield Scott ordered Army sharpshooters placed on the roofs of buildings in Washington.

The US Capitol was undergoing expansion, and the new cast iron dome was still being assembled atop the building in early 1861. Lincoln's inauguration was thus held before the half-finished dome.