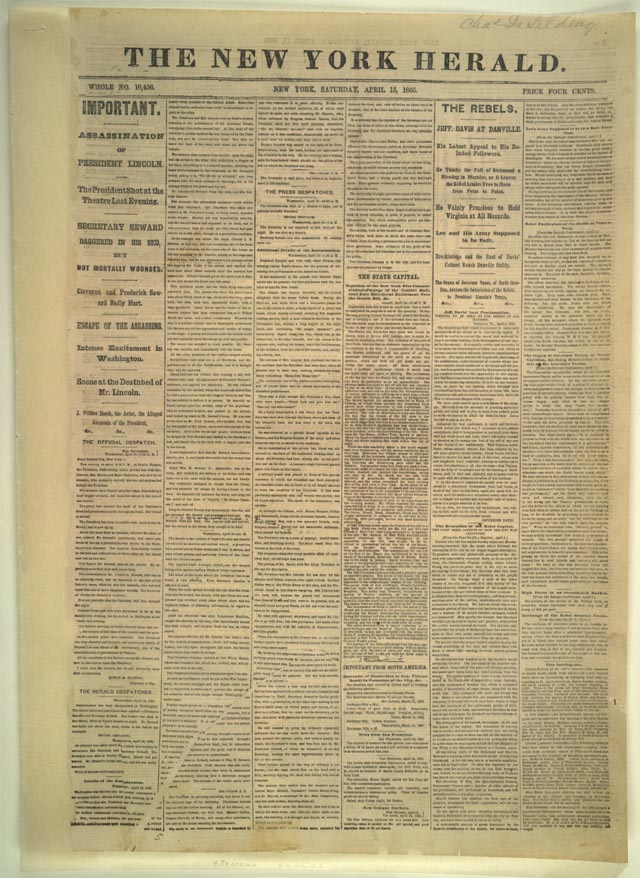 The New York Herald of Saturday, April 15, 1865, carried an account of the assassination of President Abraham Lincoln. Lincoln was shot at 9:30 p.m., Friday, April 14, 1865, while seated in a box at Ford's Theater. News of the attack reached the Herald by telegraph in time to make the first edition. Later editions issued during the day, reported on Lincoln's death and the swearing in of Vice President Andrew Johnson as president. Shown here is the 2:00 a.m. edition.