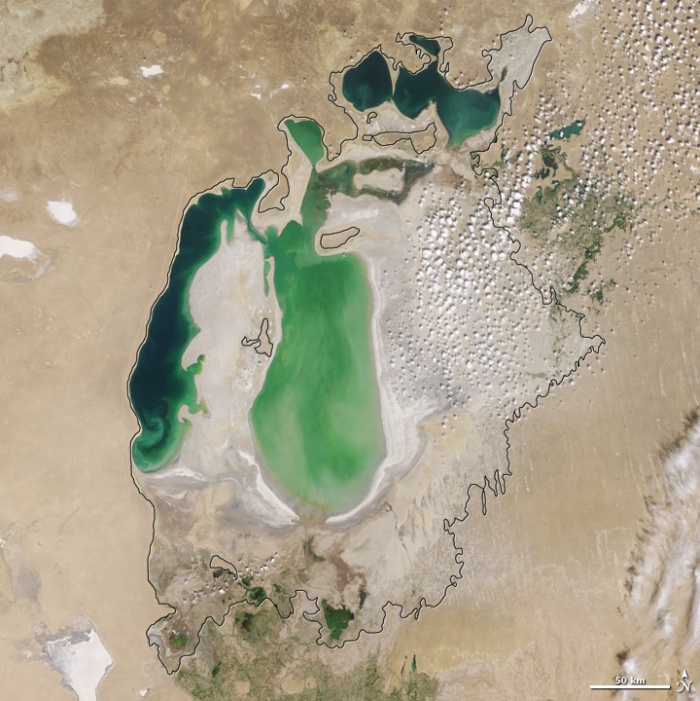 Displaying image 57 of 70 images in Geography.

Not yet rated
Not yet rated
No
Aral sea in 2002 as seen by images from the Moderate Resolution Imaging Spectroradiometer (MODIS) on NASA’s Terra satellite. By 2001, the southern connection had been severed, and the shallower eastern part retreated rapidly over the next several years. As the lake dried up, fisheries and the communities that depended on them collapsed. The increasingly salty water became polluted with fertilizer and pesticides. The blowing dust from the exposed lakebed, contaminated with agricultural chemicals, became a public health hazard. The salty dust blew off the lakebed and settled onto fields, degrading the soil. Croplands had to be flushed with larger and larger volumes of river water. The loss of the moderating influence of such a large body of water made winters colder and summers hotter and drier.
Photo and words: NASA
Views: 1,420
Added: 10 years ago.
Topic: Physical Geography