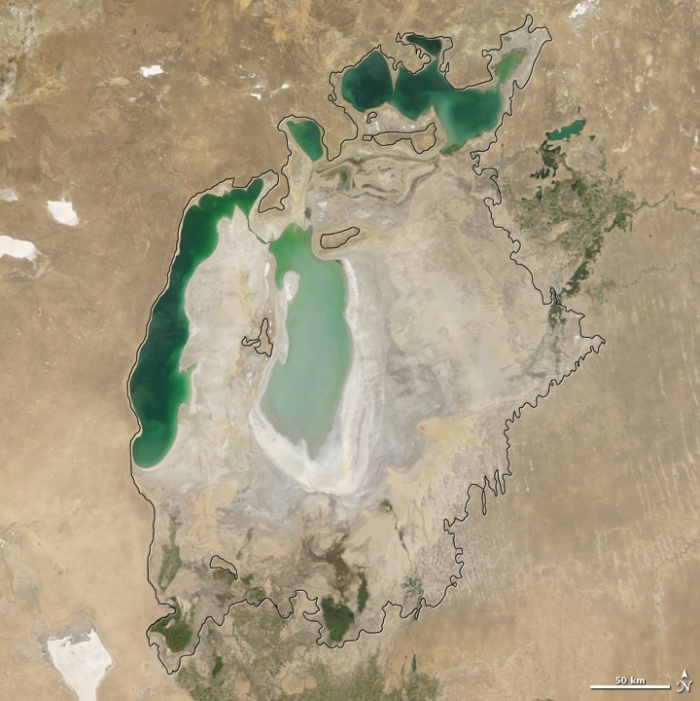 Displaying image 62 of 70 images in Geography.

Not yet rated
Not yet rated
No
Aral sea in 2007 as seen by images from the Moderate Resolution Imaging Spectroradiometer (MODIS) on NASA’s Terra satellite. Especially large retreats in the eastern lobe of the Southern Sea appear to alos have occurred between 2007 and 2008.
Photo and words: NASA
Views: 1,655
Added: 10 years ago.
Topic: Physical Geography