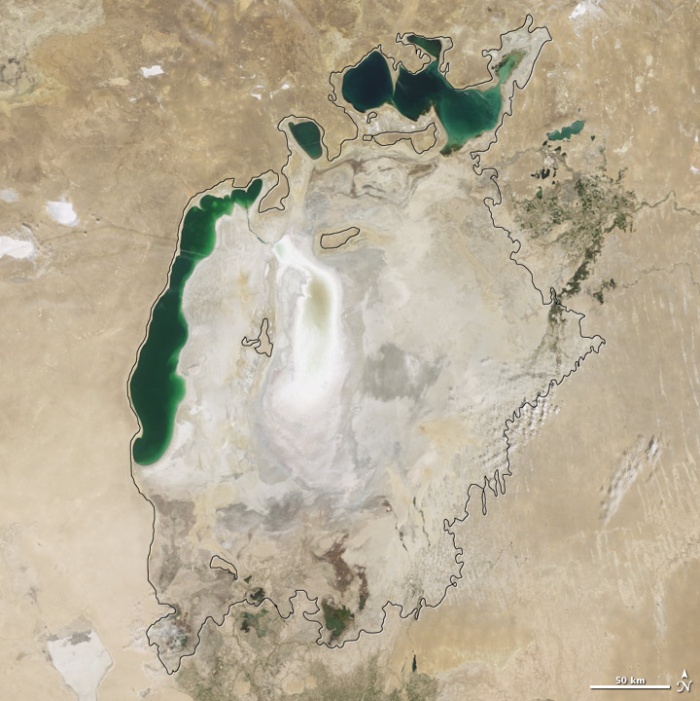 Displaying image 64 of 70 images in Geography.

Not yet rated
Not yet rated
No
Aral sea in 2009 as seen by images from the Moderate Resolution Imaging Spectroradiometer (MODIS) on NASA’s Terra satellite. The final image in the series is from the summer of 2009. Blowing dust (salt-laden sediments) covers a large part of the sea. In a last-ditch effort to save some of the lake, Kazakhstan built a dam between the northern and southern parts of the Aral Sea. Completed in 2005, the dam was basically a death sentence for the southern Aral Sea, which was judged to be beyond saving. All of the water flowing into the desert basin from the Syrdar’ya now stays in the Northern Aral Sea. Between 2005 and 2006, the water levels in that part of the lake rebounded significantly and very small increases are visible throughout the rest of the time period. The differences in water color are due to changes in sediment.
Photo and words: NASA
Views: 1,743
Added: 11 years ago.
Topic: Physical Geography