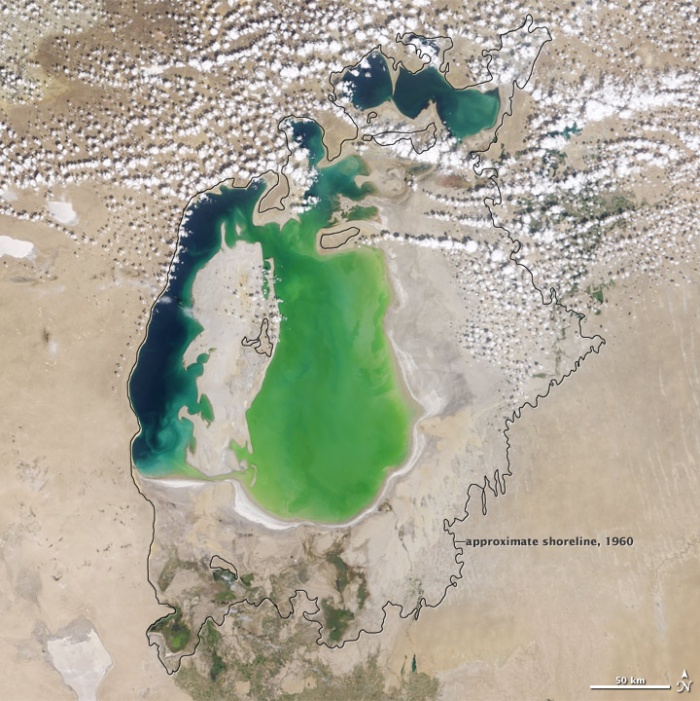 Displaying image 55 of 70 images in Geography.

Not yet rated
Not yet rated
No
In the 1960s, the Soviet Union undertook a major water diversion project on the arid plains of Kazakhstan, Uzbekistan, and Turkmenistan.
The region’s two major rivers, fed from snowmelt and precipitation in far-away mountains, were used to transform the desert into fields for cotton and other crops.
Before the project, the two rivers left the mountains, cut northwest through the Kyzylkum Desert—the Syrdar’ya to the north and the Amudar’ya in parallel to the south—and finally pooled together in the lowest part of the desert basin.
The lake they made, the Aral Sea, was once the fourth largest lake in the world.
Photo NASA
Views: 2,159
Added: 11 years ago.
Topic: Physical Geography