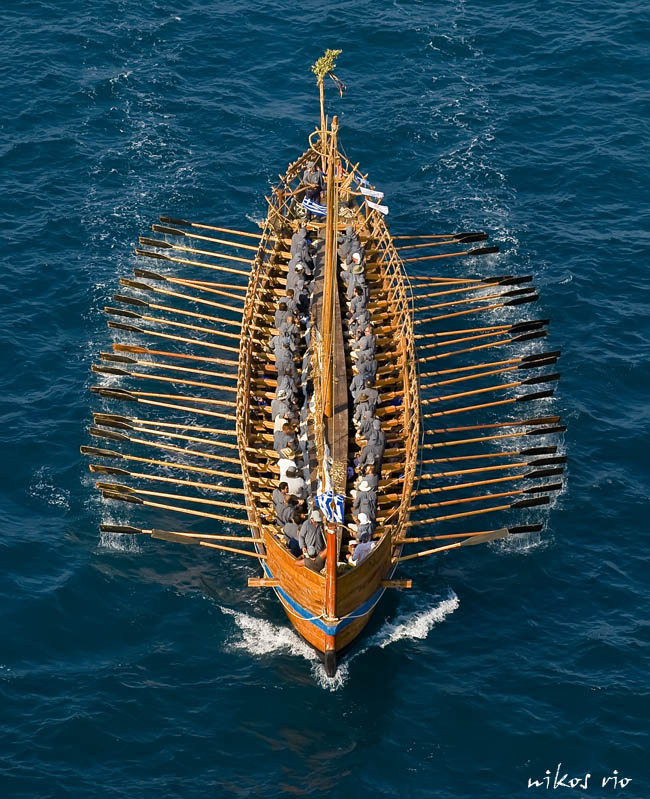 In Greek mythology, the Argo was the ship on which Jason and the Argonauts sailed from Iolcus to retrieve the Golden Fleece. The Argo was built by the shipwright Argus, and its crew were specially protected by the goddess Hera. The best source for the myth is the Argonautica by Apollonius Rhodius.

According to a variety of sources of the legend, the Argo was said to have been planned or constructed with the help of Athena. According to other legends it contained in its prow a magical piece of timber from the sacred forest of Dodona, which could speak and render prophecies. After the successful journey, the Argo was consecrated to Poseidon in the Isthmus of Corinth. It was then translated into the sky and turned into the constellation of Argo Navis.

A replica of the Argo, the legendary ship on which Jason and his Argonauts braved fearsome creatures and other perils in their quest for the Golden Fleece, is photographed by me yesterday sailing under Rio bridge. The replica vessel set sail from Jason’s hometown of Volos in central Greece, propelled by 50 oarsmen, on June 14. The ship is due to anchor at a total of 23 cities during its journey of 2,000 nautical miles (just over 3,700 kilometers) which will end at the Italian port of Venice on August 11. An original plan for the Argo replica to sail to the Black Sea region, like its ancient namesake, was scrapped after Turkey refused to guarantee the vessel safe passage through the Bosporus.