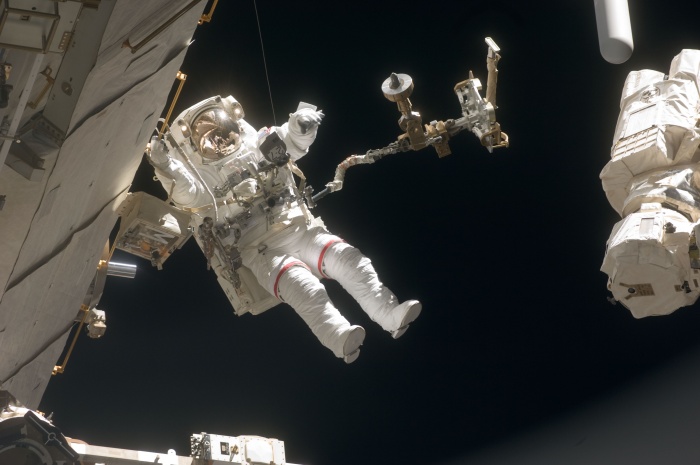 Displaying image 171 of 363 images in Astronomy.

This is one of a series of digital still images showing astronaut Dave Wolf performing his second spacewalk and the Endeavour's second also of the scheduled five overall in a little over a week's time to continue work on the International Space Station. The equipment floating in front of Wolf is tethered to his spacesuit. Astronauts Wolf and Tom Marshburn (out of frame), both mission specialists, successfully transferred a spare KU-band antenna to long-term storage on the space station, along with a backup coolant system pump module and a spare drive motor for the station's robot arm transporter. Installation of a television camera on the Japanese Exposed Facility experiment platform was deferred to a later spacewalk.