Image: Astronomy Picture of the Day: A Spherule from the Earth's Moon 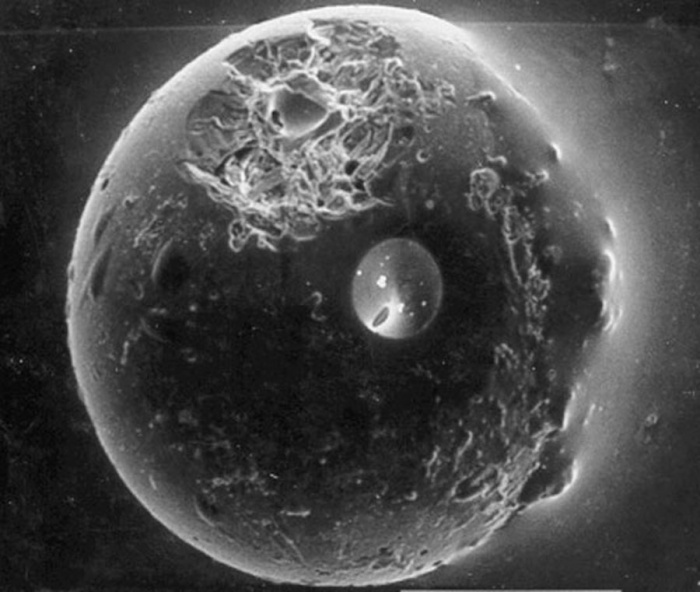 Displaying image 252 of 363 images in Astronomy.

A Spherule from the Earth's Moon

Explanation: How did this spherule come to be on the Moon? When a meteorite strikes the Moon, the energy of the impact melts some of the splattering rock, a fraction of which might cool into tiny glass beads. Many of these glass beads were present in lunar soil samples returned to Earth by the Apollo missions. Pictured above is one such glass spherule that measures only a quarter of a millimeter across. This spherule is particularly interesting because it has been victim to an even smaller impact. A miniature crater is visible on the upper left, surrounded by a fragmented area caused by the shockwaves of the small impact. By dating many of these impacts, astronomers can estimate the history of cratering on our Moon.