Image: Astronomy Picture of the Day: Dust Storm on Mars 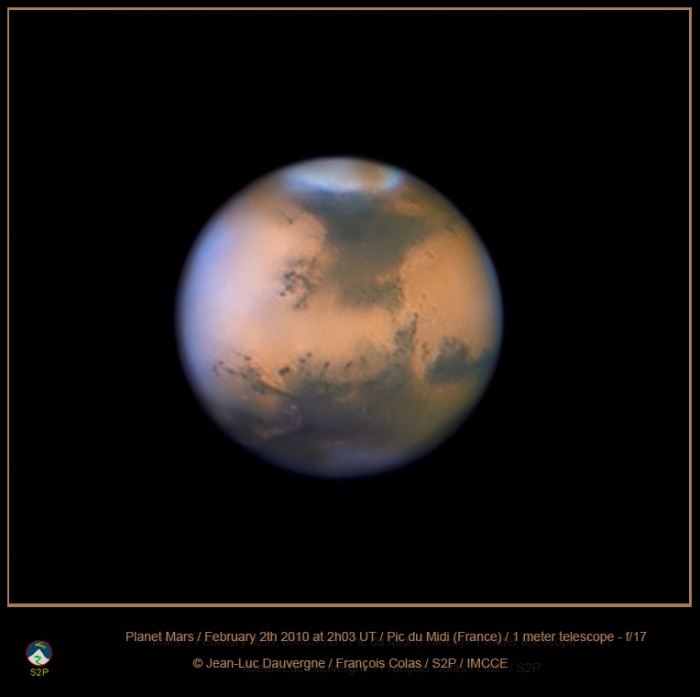 Displaying image 277 of 363 images in Astronomy.

Explanation: It's spring for the northern hemisphere of Mars and spring on Mars usually means dust storms. So the dramatic brown swath of dust (top) marking the otherwise white north polar cap in this picture of the Red Planet is not really surprising. Taking advantage of the good views of Mars currently possible near opposition and its closest approach to planet Earth in 2010, this sharp image shows the evolving dust storm extending from the large dark region known as Mare Acidalium below the polar cap. It was recorded on February 2nd with the 1 meter telescope at Pic Du Midi, a mountain top observatory in the French Pyrenees.