Image: Astronomy Picture of the Day: Eclipses in the Shade 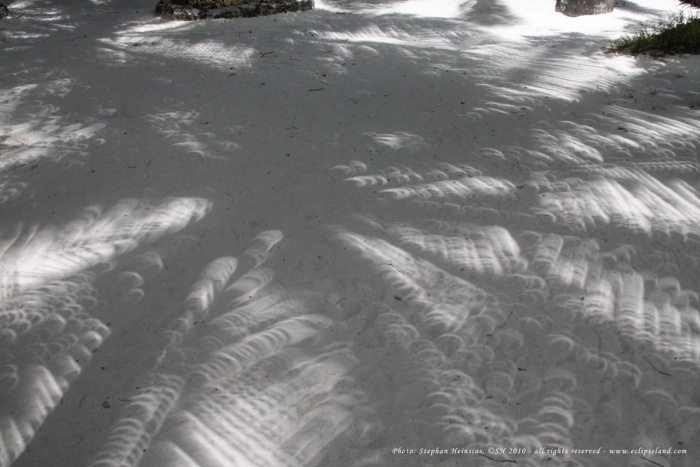 Displaying image 265 of 363 images in Astronomy.

Eclipses in the Shade

Explanation: Eclipses are everywhere in this shady scene. The picture was taken on the Indian Ocean atoll island of Ellaidhoo, Maldives, on January 15, during the longest annular solar eclipse for the next 1,000 years. Tall palm trees provided the shade. Their many crossed leaves created gaps that acted like pinhole cameras, scattering recognizable eclipse images across the white sands of a tropical garden near the beach. From this idyllic location near the centerline of the Moon's shadow track, the ring of fire or annular phase of the eclipse lasted about 10 minutes and 55 seconds.