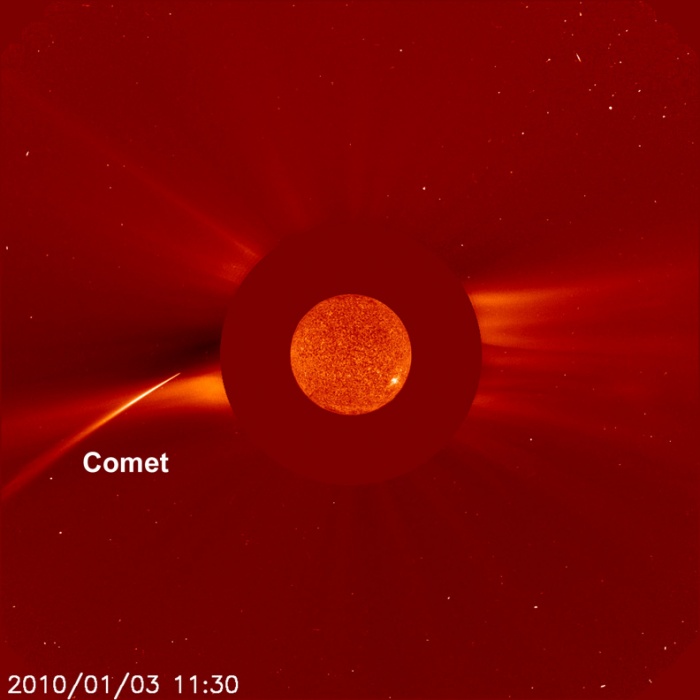 Displaying image 258 of 363 images in Astronomy.

Explanation: Intense and overwhelming, the direct glare of the Sun is blocked by the smooth occulting disk in this image from the sun-staring SOHO spacecraft. Taken on January 3rd, an extreme ultraviolet image of the Sun to scale, is superimposed at the center of the disk. Beyond the disk's outer boundary is a sungrazer comet, one of the brightest yet seen by SOHO. The comet was discovered (movie link) by Australian amateur astronomer Alan Watson, while examining earlier images from another sun-watching spacecraft, STEREO-A. Based on their orbits, sungrazers are believed to belong to the Kreutz family of comets, created by successive break ups from a single large parent comet that passed very near the Sun in the twelfth century. Subjected to strong tidal forces and intense solar heat, this sungrazer comet did not survive its close encounter.