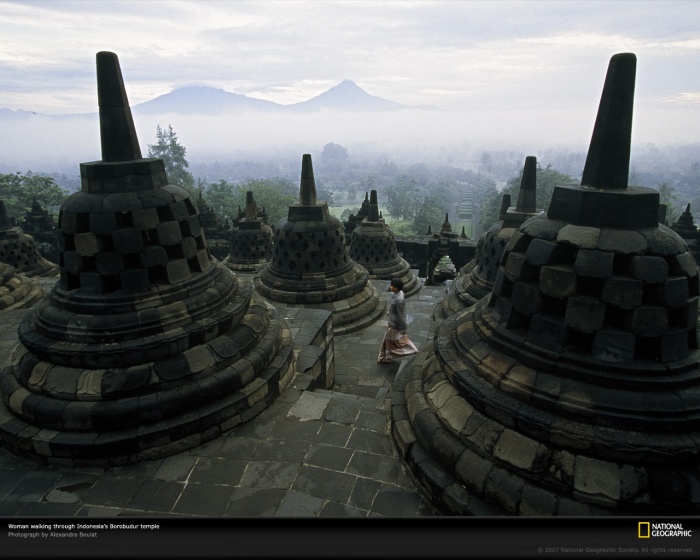 A woman walks among the bell-shaped spires of Indonesia's Borobudur—the world's largest Buddhist temple. Built in the jungles of Java during the eighth and ninth centuries A.D., this ancient pilgrimage site lay abandoned for centuries until it was rediscovered and restored in the early 1900s.

(Photo shot on assignment for, but not published in, "Indonesia: Living Dangerously," March 2001, National Geographic magazine)