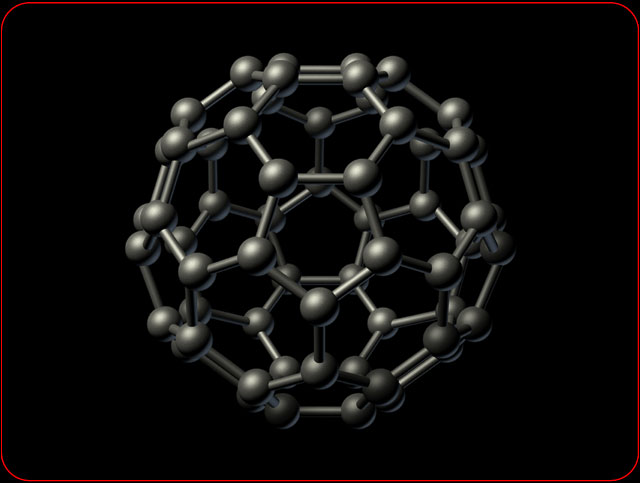 Displaying image 2 of 2 images in Chemistry.

Buckminsterfullerene was discovered by Sir Harold Kroto in the UK and Richard E. Smalley and Robert F. Curl, Jr in the US. These three researchers shared the 1996 Nobel prize in chemistry for their discovery. Buckminsterfullerene's atoms are bonded together into a highly symmetrical, hollow polygon structure (resembling a sphere) with 60 vertices and 32 faces, 12 of which are pentagons and 20 of which are hexagons giving it the same geometry as that of a football. Named after the architect R Buckminster Fuller (Bucky) whose geodesic dome design is similar to the molecular structure of C60, these unique structures, also known as buckyballs, have led to an entirely new branch of chemistry. For more information, visit the BBC Horizon documentary: Molecules with Sunglasses