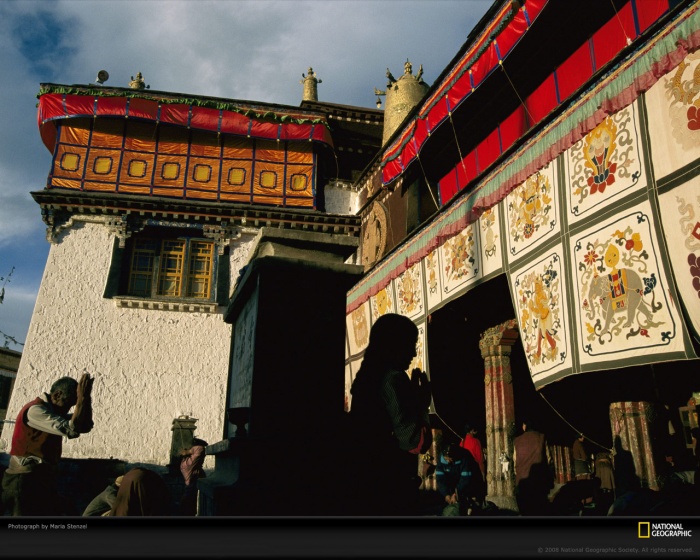 Pilgrims pray outside Jokhang Temple in Lhasa, Tibet. Inside this massive temple are some of Buddhism's most important icons, including the famed Jowo Rinpoche statue—a seated Buddha installed when Buddhism was adopted by Tibetan royalty in the seventh century.

(Photo shot on assignment for, but not published in, "Tibet Embraces the New Year," January 2000, National Geographic magazine)