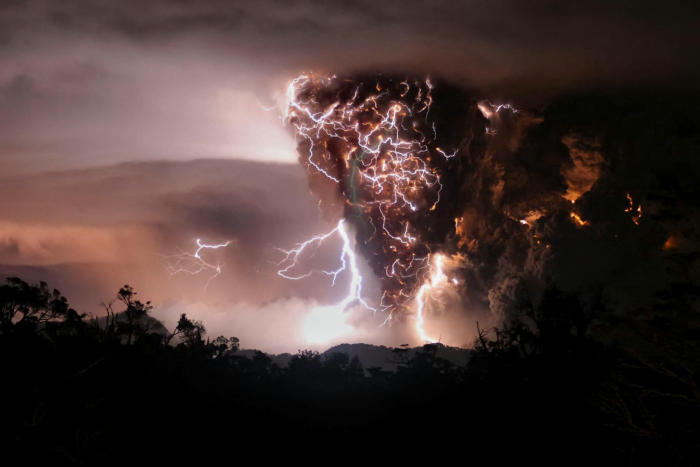 Displaying image 20 of 28 images in Geology.

Lightning bolts appear above and around the Chaitén volcano in southern Chile as seen from Chana, some 30 kilometers north of the volcano. The mingling of lightning and ash is a so called dirty thunderstorm. These storms may be sparked when rock fragments, ash, and ice particles in the plume collide to produce static charges, just as ice particles collide to create charge in regular thunderstorms.