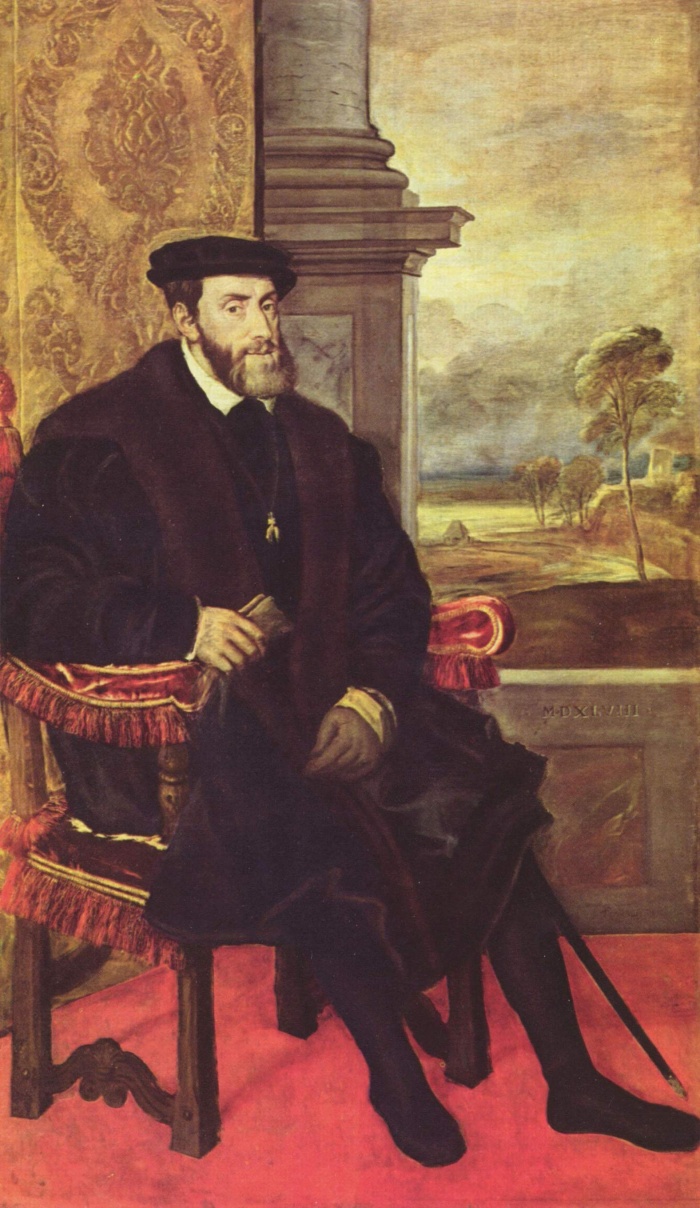 Displaying image 33 of 467 images in History.

Charles V was son of Philip I of Castile (Philip the Handsome) and Juana of Castile (Joan the Mad of Castile). His maternal grandparents were Ferdinand II of Aragon and Isabella I of Castile, the Catholic Monarchs who unified who unified the kingdom of Spain. The youngest child of the Catholic Monarchs, Catherine of Aragon, was Queen of England and first wife of Henry VIII. His cousin was Mary I of England, who married his son Philip. His paternal grandparents were the Holy Roman Emperor Maximilian I and Mary of Burgundy, whose daughter Margaret raised him. As the first heir of the unified kingdom of Spain, he is considered often the first King of Spain. As Charles I of Spain he provided five ships that allowed the portuguese captain Ferdinand Magellan and his Basque navigator Juan Sebastian Elcano to circumnavigate the planet for the first time. Magellan had constantly denied his enterprise by Manuel I of Portugal. The voyage was the basis for the Pacific oceanic empire of Spain.

Charles V is best known for his role in the Protestant Reformation and the convocation of the Council of Trent.