Image: Endeavour, from STS-126 mission, mounted atop a Boeing 747 over California's Mojave Desert (2008) 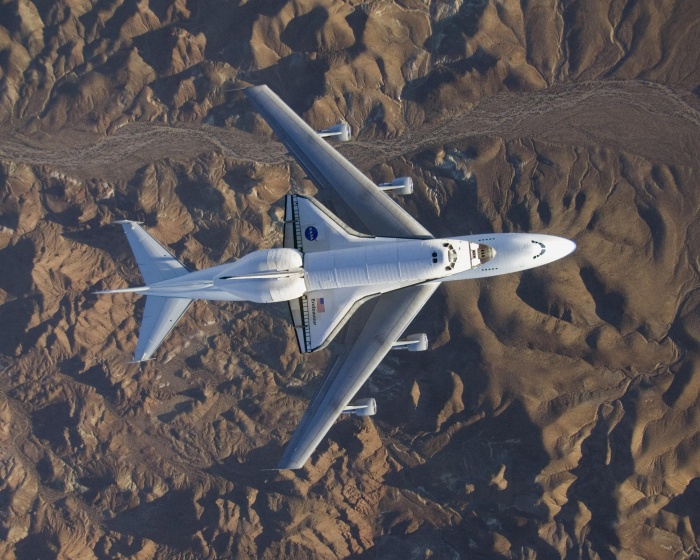 Displaying image 279 of 363 images in Astronomy.

The space shuttle Endeavour, fresh from the STS-126 mission and mounted atop its modified Boeing 747 carrier aircraft, flies over California's Mojave Desert on a three-day trip back to the Kennedy Space Center in Florida on Wednesday Dec. 10, 2008. NASA officials said Wednesday Dec. 17, 2008 that it is looking for ideas on where and how best to display its space shuttles once they stop flying in a few years. Beware: NASA estimates it will cost about $42 million to get each shuttle ready and get it where it needs to go, and the final tab could end up much more. The estimate includes $6 million to ferry the spaceship atop a modified jumbo jet to the closest major airport. (AP Photo/NASA)
Views: 1,566
Added: 11 years ago.
Topic: 1.1.2 NASA Shuttle Program