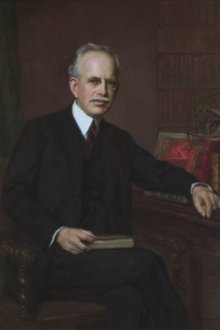 Displaying image 165 of 363 images in Astronomy.

George Ellery Hale was an American solar astronomer, born in Chicago. He was educated at MIT, at the Observatory of Harvard College, (1889-90), and at Berlin (1893-94). As an undergraduate at MIT, he invented the spectroheliograph, with which he made his discoveries of the solar vortices and magnetic fields of sun spots.