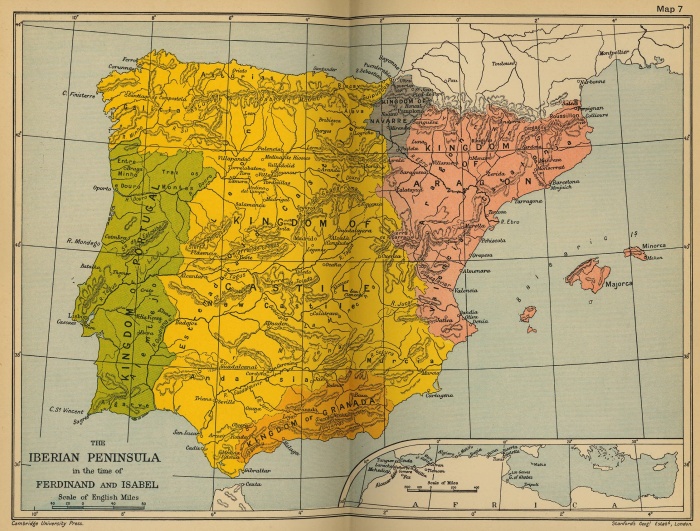 Displaying image 22 of 467 images in History.

Receiving the title of Catholic Monarchs from the Pope Alexander VI, Queen Isabella I of Castile (Apr 22, 1451 - Nov 26, 1504) and King Ferdinand II of Aragon (Mar 10, 1452 - Jan 23, 1516) married on October 19, 1469, in the city of Valladolid. Their matrimony united the crowns of Castille and Aragon under the same lineage. Isabella inherited the throne of Castile from her half brother Henry IV of Castile in 1474. Ferdinand became King of Aragon in 1479. Powerful leaders, they worked to unify Spain, a task consolidated in 1478 with the birth of Isabelle’s son, granting the line of succession and the political stability to the Spanish kingdom.