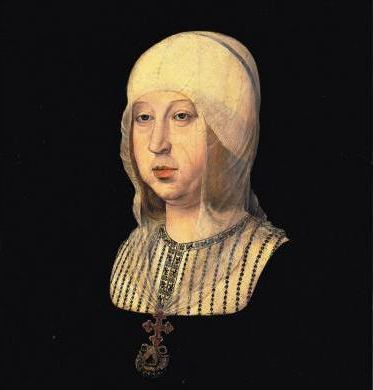 Displaying image 24 of 467 images in History.

Portrait of Isabella in her later years, by Juan de Flandes, c. 1500.

Isabella I, in Old Spanish Ysabel I, modern Isabel I, Latin Helizabeth I (Madrigal de las Altas Torres, Ávila, April 22, 1451 – November 26, 1504 in Medina del Campo, Valladolid) was Queen of Castile and León. With her husband, Ferdinand II of Aragon, unified Spain under their grandson, Charles V, Holy Roman Emperor. The unification of the country (Reconquista) brought the Spanish Inquisition and the support to Christopher Columbus’ discoveries of the new World, setting the foundations of one of the largest empires in History.