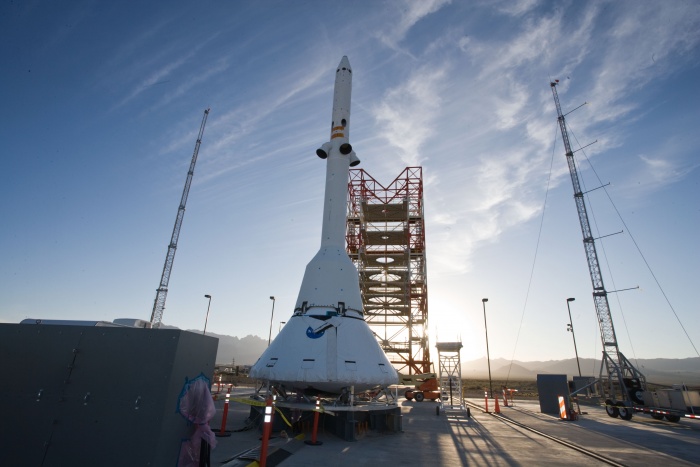 Displaying image 295 of 363 images in Astronomy.

8 April 2010 --- The launch abort system for the Pad Abort-1 (PA-1) flight test is prepared on the launch pad for the test at the U.S. Army's White Sands Missile Range in New Mexico. The integrated flight test will evaluate the ability of a launch abort system to pull the module and an astronaut crew to safety in the event of an emergency on a launch pad. Photo credit: U.S. Army White Sands Missile Range
Views: 1,234
Added: 11 years ago.
Topic: 1.1.3 NASA Constellation Program