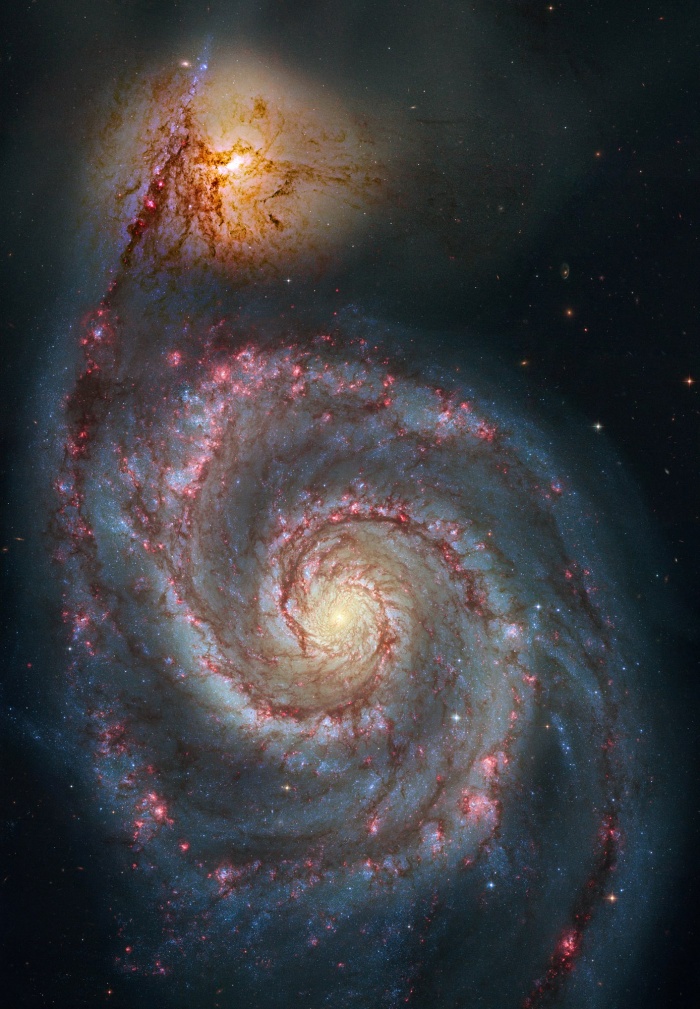 Displaying image 189 of 363 images in Astronomy.

Explanation: The 51st entry in Charles Messier's famous catalog is perhaps the original spiral nebula - a large galaxy with a well defined spiral structure also cataloged as NGC 5194. Over 60,000 light-years across, M51's spiral arms and dust lanes clearly sweep in front of its companion galaxy (right), NGC 5195. Image data from the Hubble's Advanced Camera for Surveys has been reprocessed to produce this alternative portrait of the well-known interacting galaxy pair. The processing has further sharpened details and enhanced color and contrast in otherwise faint areas, bringing out dust lanes and extended streams that cross the small companion, along with features in the surroundings and core of M51 itself. The pair are about 31 million light-years distant. Not far on the sky from the handle of the Big Dipper, they officially lie within the boundaries of the small constellation Canes Venatici.