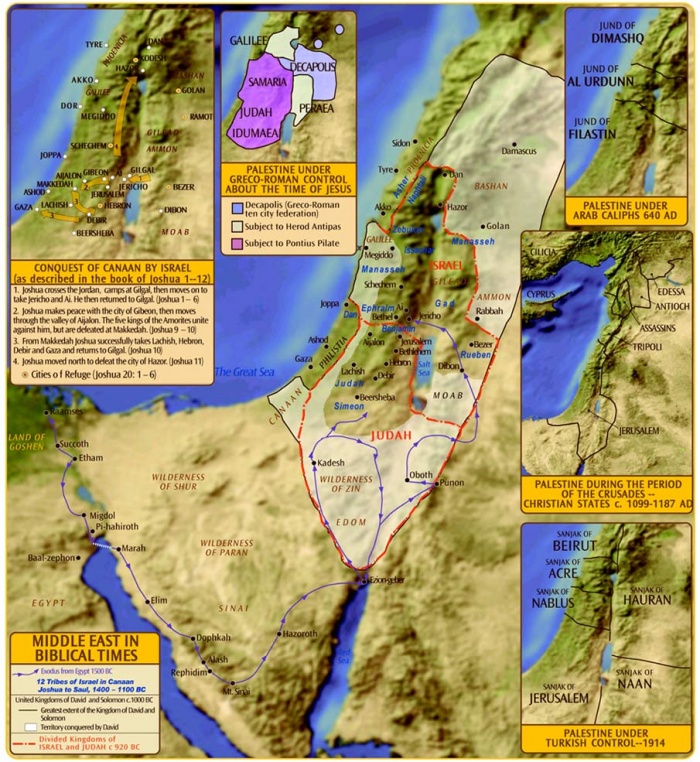 "The Conquest of Canaan"

"Palestine Under the Judges and Kings wth the Distrbution of the Twelve Tribes", from Atlas of Biblical Geography (1854) by Coleman

The United Kingdoms of David and Solomon 1000BC"

"Canaan Before the Hebrews" from Cambridge Ancient History, Cambridge Press, 1980

"Turkish Territorial Divisions", Palestine Under the Caliphs" from a Who's Land? A History of the Peoples of Palestine; Parkes, 1949, 1970

"Canaan and the Israelite Kingdom", from The Penguin Atlas of World History, Vol I, 1974