Image: pace shuttle Atlantis's cabin and forward cargo bay and part of the ISS (17 May 2010) 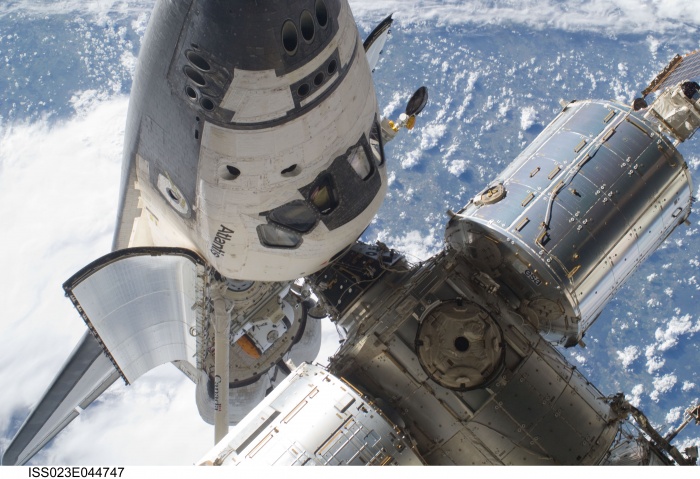 Displaying image 306 of 363 images in Astronomy.

ISS023-E-044747 (17 May 2010) --- This image features the space shuttle Atlantis's cabin and forward cargo bay and part of the International Space Station while the two spacecraft remain docked, during STS-132's flight day four extravehicular activity of astronauts Garrett Reisman and Steve Bowen (both out of frame). Though three sessions of extravehicular activity (EVA) will involve only three astronauts (two on each occasion) who actually leave the shirt-sleeve environments of the two docked spacecraft, all twelve astronauts and cosmonauts on the two combined crews have roles in supporting the EVA work. Photo credit: NASA or National Aeronautics and Space Administration
Views: 1,360
Added: 11 years ago.
Topic: 1.1.2.6 STS-132