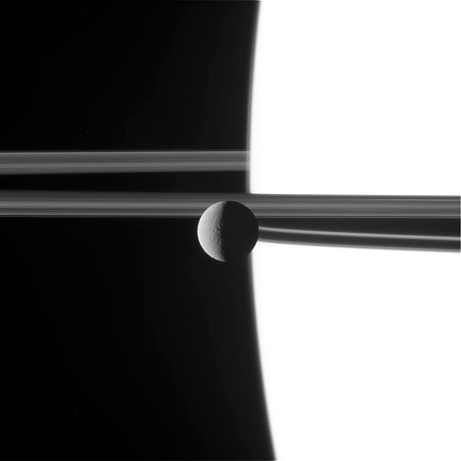 Displaying image 235 of 363 images in Astronomy.

The tiny moon Rhea hangs like a pearl in front of Saturn's rings, as seen in a "raw" picture from the orbiting Cassini spacecraft. The image has been rotated, but otherwise the scene appears just as the orbiter saw things in early November.

The spacecraft's namesake, Italian astronomer Giovanni Domenico Cassini, discovered Rhea in 1672. In 2008 astronomers had announced that Rhea may be the first known moon with its own system of faint rings.