Image: Search for the Amazon Headshrinkers 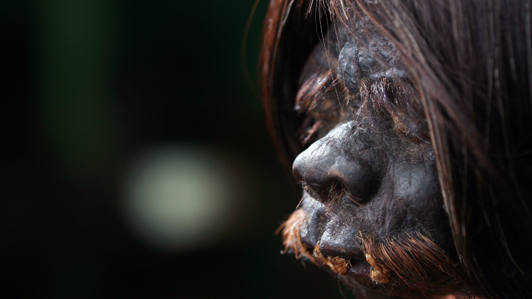 Displaying image 1 of 4 images in Anthropology.

Terrifying legends from the Amazon tell of Indian headshrinkers who would shrink an enemy’s head to render the vengeful soul powerless. Now, NGC has exclusive U.S. access to 45-year-old archive footage captured by explorer Edmundo Bielawski, purportedly the only known footage that shows the process of an actual - recently deceased - human head being shrunk. Author and explorer Piers Gibbon heads deep into the Amazon jungle in an attempt to trace Bielawski's 1960s journey, rediscover the exact location where this scene was filmed and reconnect with the tribe today, in Search for the Amazon Headshrinkers.