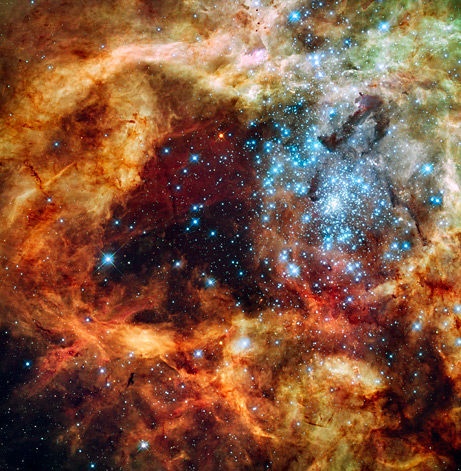 Displaying image 236 of 363 images in Astronomy.

Just in time for the December holidays, astronomers using the Hubble Space Telescope released their version of a colorful wreath: a new picture of the young stellar cluster R136. The festive grouping sits in a turbulent star-birth region in the Large Magellanic Cloud, a satellite of our Milky Way galaxy.

In the image, gassy garlands of red (hydrogen) and green (oxygen) surround icy blue "diamonds," which are actually some of the most massive stars known--several are more than a hundred times the mass of our sun.