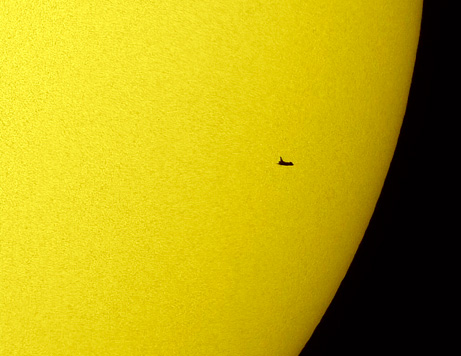 Displaying image 231 of 363 images in Astronomy.

Using a telescope with a special solar filter, photographer Thierry Legault captured the tiny silhouette of the space shuttle Atlantis crossing in front of the sun in May.

The tightly cropped shot shows Atlantis in orbit--a day before the shuttle latched on to the Hubble Space Telescope so that astronauts could perform a series of spacewalks to repair and upgrade the iconic instrument.