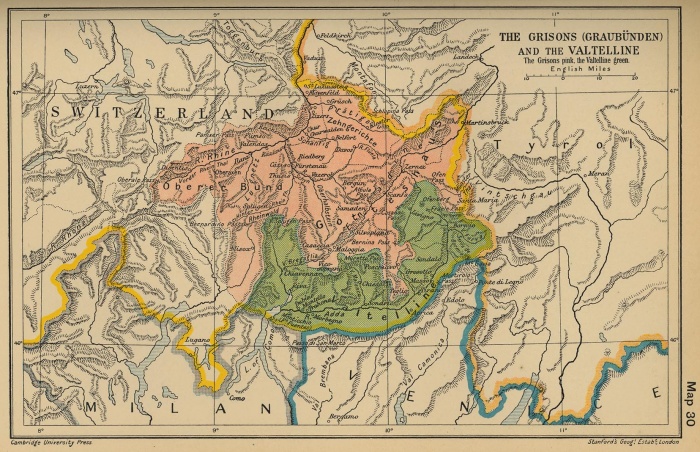 Displaying image 36 of 467 images in History.

The Grisons (Graubunden) and the Valtelline

Signed on April 26, 1621 by French courtier François de Bassompierre and under the guarantee of the King of France, Louis XIII, and the Swiss Confederation, the Treaty of Madrid reinstated the Valtelline to the Grisons and the Chiavenna to the Spanish. In addition, it was granted religious amnesty to the Protestants in Valtelline, allowing them to practice their faith freely.