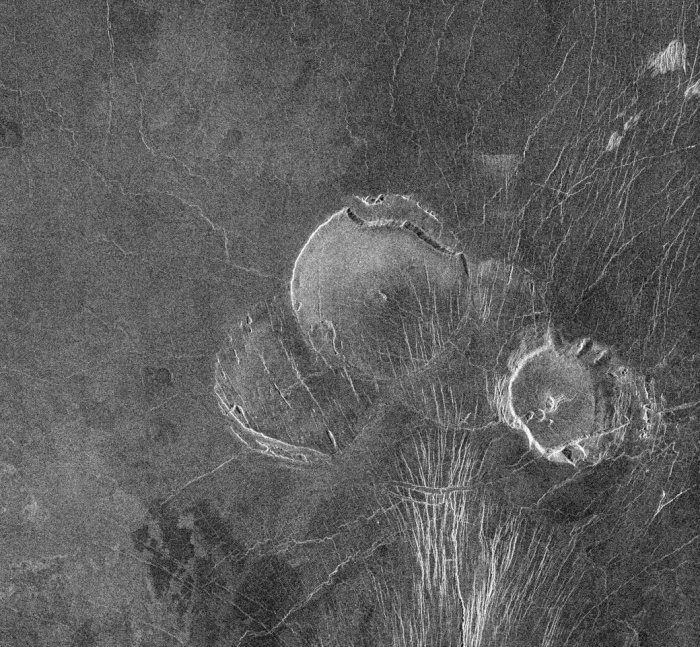 Displaying image 280 of 363 images in Astronomy.

This image, with radar illumination from west to east, shows three unusual volcanoes located in the Guinevere Planitia lowland. At the center of the image is a large feature (50 kilometers or 31 miles in diameter) with an unusual shape; very round when viewed from above with steep slides and a flat top. These volcanoes are believed to be the result of relatively thick and sticky (viscous) lava flows that originated from a point source. Although a faint remnant of its original circular shape is preserved, the northern rim of this center volcano has a steep scarp. The scarp is probably the result of material that has slid away from the volcano and subsequently has been covered by lava flows. This volcano overlaps another feature to the southwest that is about 45 kilometers (28 miles) in diameter and disrupted by many fractures. The southeastern volcano (25 kilometers or 15.5 miles in diameter) appears to be the highest of the three as its illuminated western edge has the brightest radar return. The scalloped edges give this feature a bottlecap-like appearance. The highly scalloped edges are probably the result of multiple material slides along the volcano margin.