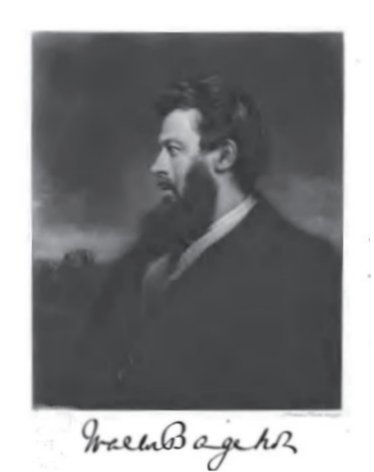 Displaying image 16 of 25 images in Economics.

Walter Bagehot (3 February 1826 – 24 March 1877) was a British businessman, essayist, and journalist who wrote extensively about literature, government, and economic affairs.

Bagehot was born in Langport, Somerset, England on 3 February 1826. His father, Thomas Walter Bagehot, was managing director and vice-chairman of Stuckey's Banking Company. He attended University College London, where he studied mathematics and in 1848 earned a master's degree in intellectual and moral philosophy.[1] In April 1848, Bagehot was sworn as a Special Constable in anticipation of Chartist riots in London.[2]

Bagehot was called to the bar by Lincoln's Inn, but preferred to join his father in 1852 in his family's shipping and banking business. He wrote for various periodicals, and in 1855 founded the National Review with his friend Richard Holt Hutton.[3][4] Later becoming editor-in-chief of The Economist, which had been founded by his father-in-law, James Wilson, in 1860, Bagehot expanded The Economist's reporting on the United States and on politics and is considered to have increased its influence among policymakers over the seventeen years he served as editor. In honour of his contributions, the paper's Britain section retains a column named for him.

In 1867, he wrote a book called The English Constitution that explored the nature of the constitution of the United Kingdom, specifically the functioning of Parliament and the British monarchy and the contrasts between British and American government. The book is considered a classic and has been translated into many languages.

Bagehot also wrote Physics and Politics (1872), in which he coined the still-current expression, "the cake of custom," to describe the tension between social institutions and innovations. Lombard Street (1873), explains the world of finance and banking and focuses particularly on issues in the management of financial crises. In his contributions to sociological theory within historical studies, Bagehot may be compared to his contemporary, Henry James Sumner Maine.

Collections of Bagehot's literary, political, and economic essays were published after his death. Their subjects ranged from Shakespeare and Disraeli to the price of silver.

Every year, the British Political Studies Association awards the Walter Bagehot Prize for the best dissertation in the field of government and public administration. The Economist regularly publishes a commentary on current affairs in the UK, entitled "Bagehot," just as its "Lexington" addresses the US, "Charlemagne" addresses Europe, and "Banyan" addresses Asia

2. Hanley, Brian (2004), ""The Greatest Victorian" in the New Century: The Enduring Relevance of Walter Bagehot's Commentary on Literature, Scholarship, and Public Life", Papers on Language & Literature 40