Robert Norman "Bob" Ross (October 29, 1942 – July 4, 1995) was an American painter, art instructor, and television host. He was best known as the creator and host of The Joy of Painting, an instructional television program that aired from 1983 to 1994 on PBS in the United States, and also aired in Canada, Latin America and Europe. 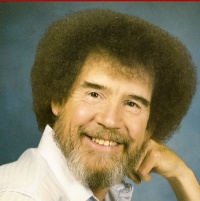 See all Providers
NOTE: CosmoLearning is not affiliated or endorsed by Bob Ross. This page is only intended to credit this content provider for their educational content being included on the CosmoLearning site.