The university grew out of an association of scholars in the city of Cambridge that was formed, early records suggest, in 1209 by scholars leaving Oxford after a dispute with townsfolk there. The universities of Oxford and Cambridge are often jointly referred to as "Oxbridge". In addition to cultural and practical associations as a historic part of British society, the two universities also have a long history of rivalry with each other.

Academically, Cambridge is consistently ranked in the world's top five universities and as a premier leading university in Europe by numerous media and academic rankings. The University's alumni include 85 Nobel Laureates as of 2009. 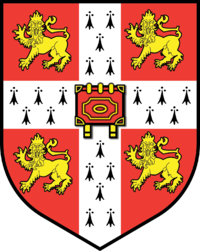 See all Providers
NOTE: CosmoLearning is not affiliated or endorsed by University of Cambridge. This page is only intended to credit this content provider for their educational content being included on the CosmoLearning site.