Channel 5 Broadcasting Limited (the legal name of the company, though its on-screen identity is now known as Five) was licensed by the UK Government in 1995 after a bidding process that started in 1993 and lasted throughout 1994. The initial round of bidders, which included a network of city-TV stations planned by Thames Television and the Italian politician and media tycoon Silvio Berlusconi[1][2] (who a few months later retired his offer[3]), was rejected outright and the Independent Television Commission contemplated not awarding the licence at all.

The difficulty with the project lay in use of television broadcast frequencies that had been allocated to RF outputs from domestic video recorders. To achieve national coverage, large numbers of domestic video recorders (which output at a nearby frequency) had to be retuned or fitted with a filter, at the bidding company's expense.

The project was revived in mid-1994 when the Independent Television Commission re-advertised the franchise. Tom McGrath, then-president of Time Warner International Broadcasting, put together a revised frequency plan with NTL and consulting engineer Ellis Griffiths, involving less re-tuning and greater signal coverage. Lord (Clive) Hollick, then CEO of Meridian Broadcasting (later United News & Media, and now UBM) took up the project as lead investor as UK law prohibited Time Warner from owning more than 25%. Pearson Television, who by now owned original licence bidders Thames Television, also came on board. When McGrath left to become President of Paramount, Time Warner dropped out of the project and was replaced by CLT (known in the UK for Radio 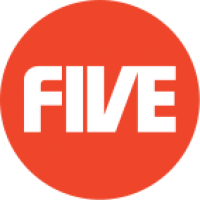 See all Providers
NOTE: CosmoLearning is not affiliated or endorsed by Channel 5 Broadcasting Limited. This page is only intended to credit this content provider for their educational content being included on the CosmoLearning site.