The University of Edinburgh (abbreviated as Edin. in post-nominals), founded in 1582, is the sixth oldest university in the English-speaking world and one of Scotland's ancient universities. The university is deeply embedded in the fabric of the city of Edinburgh, with many of the buildings in the historic Old Town belonging to the university.

The University of Edinburgh was ranked 17th and 21st in the world by the 2014–15 and 2015–16 QS rankings. It is now ranked 19th in the world according to 2016–17 QS Rankings. It is ranked as the 6th best university in Europe by the U.S. News' Best Global Universities Ranking, and 7th best in Europe by the Times Higher Education Ranking. The Research Excellence Framework, a research ranking used by the UK government to determine future research funding, ranked Edinburgh 4th in the UK for research power, with Computer Science and Informatics ranking 15th in the World. It is ranked 16th in the world in arts and humanities by the 2015–16 Times Higher Education Ranking. It is ranked the 23rd most employable university in the world by the 2015 Global Employability University Ranking. It is a member of both the Russell Group, and the League of European Research Universities, a consortium of 21 research universities in Europe. It has the third largest endowment of any university in the United Kingdom, after the universities of Cambridge and Oxford. 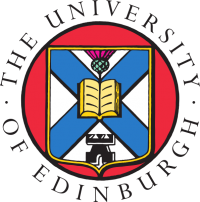 See all Providers
NOTE: CosmoLearning is not affiliated or endorsed by University of Edinburgh. This page is only intended to credit this content provider for their educational content being included on the CosmoLearning site.