Fox News Channel (FNC), commonly referred to as Fox or Fox News, is a cable and satellite news channel owned by the Fox Entertainment Group, a subsidiary of News Corporation. As of April 2009, it is available to 102 million households in the U.S. and further to viewers internationally, broadcasting primarily out of its New York City studios.

The channel was created by Australian-American media mogul Rupert Murdoch, who hired Roger Ailes as its founding CEO. The channel was launched on October 7, 1996 to 17 million cable subscribers. The network slowly rose to prominence in the late 1990s. In terms of regular viewers (Nielsen ratings), Fox News rates as the United States' number one cable news network, ahead of CNN and MSNBC.

Many observers say that the Fox News Channel's programming promotes conservative political positions. Fox News Channel denies any bias in the channel's news reporting, and says there is a distinction between its news coverage and editorial programming. 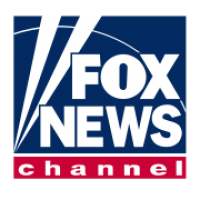 See all Providers
NOTE: CosmoLearning is not affiliated or endorsed by Fox News Channel. This page is only intended to credit this content provider for their educational content being included on the CosmoLearning site.