The Georgia Institute of Technology (commonly referred to as Georgia Tech, Tech, or GT) is a public research university in Atlanta, Georgia, in the United States.

The educational institution was founded in 1885 as the Georgia School of Technology as part of Reconstruction plans to build an industrial economy in the post-Civil War Southern United States. Initially, it offered only a degree in mechanical engineering. By 1901, its curriculum had expanded to include electrical, civil, and chemical engineering. In 1948, the school changed its name to reflect its evolution from a trade school to a larger and more capable technical institute and research university.


Today, Georgia Tech is organized into six colleges and contains about 31 departments/units, with emphasis on science and technology. It is well recognized for its degree programs in engineering, computing, business administration, the sciences, architecture, and liberal arts. 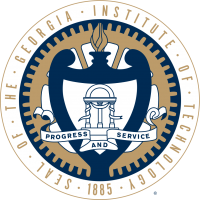 See all Providers
NOTE: CosmoLearning is not affiliated or endorsed by Georgia Institute of Technology. This page is only intended to credit this content provider for their educational content being included on the CosmoLearning site.