Imperial College London (officially The Imperial College of Science, Technology and Medicine) is a public research university located in London, United Kingdom specialised in business, engineering, medicine and science. Formerly a constituent college of the federal University of London, Imperial became fully independent in 2007, the 100th anniversary of its founding.

Imperial's main campus is located in the South Kensington area of Central London on the boundary between the Royal Borough of Kensington and Chelsea and the City of Westminster, with its main entrance on Exhibition Road. It has a number of other campuses in Central London, including in Chelsea, Hammersmith and Paddington. With a total of 525,233 square metres of operational property, it has the largest estate of any higher education institution in the UK. Imperial has around 13,500 full-time students and 3,330 academic and research staff. It had a total income of £694 million in 2009/10, of which £297 million was from research grants and contracts. Imperial is ranked 7th in the world (and 4th in Europe) in the 2010 QS World University Rankings, and 9th in the world (and 3rd in Europe) in the 2010 Times Higher Education World University Rankings. There are currently 14 Nobel Prize winners and two Fields Medal winners amongst Imperial's alumni and current and former faculty. 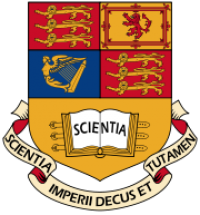 See all Providers
NOTE: CosmoLearning is not affiliated or endorsed by Imperial College London. This page is only intended to credit this content provider for their educational content being included on the CosmoLearning site.