Indian Institute of Technology Roorkee (commonly known as IIT Roorkee or IITR), formerly the University of Roorkee (1948–2001) and the Thomason College of Civil Engineering (1853–1948), is a public university located in Roorkee, Uttarakhand, India. Established in 1847 in British India by the then lieutenant governor, Sir James Thomason, it was given university status in 1949 and was converted into an Indian Institute of Technology (IIT) in 2001, thus becoming the seventh IIT to be declared.


IIT Roorkee has a strong entrepreneurial culture, with many alumni who have moved on to found technological and social ventures in India and abroad, and have played an important role in the development of India. Ten alumni have won the Padma Bhushan awards, two have won the Padma Vibhushan awards and twenty five alumni have won the Shanti Swarup Bhatnagar Prize for Science and Technology award. The institute has produced seven chairmen of the Indian Railway Board, chairman of the Telecom Regulatory Authority of India, more than a hundred secretary-level officers in the Government of India, two presidents of the Confederation of Indian Industry, Governors of states of India, Members of Parliament, chairmen of University Grants Commission (India), six Directors of the Indian Institutes of Technology, Chancellors and Vice-Chancellors of prominent Indian Universities, and presidents of Engineering and Scientific organizations like the Indian Institution of Engineers, the Indian National Science Academy and the Indian National Academy of Engineering. 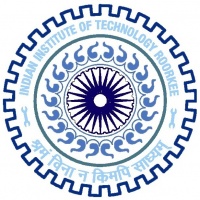 See all Providers
NOTE: CosmoLearning is not affiliated or endorsed by Indian Institute of Technology, Roorkee. This page is only intended to credit this content provider for their educational content being included on the CosmoLearning site.